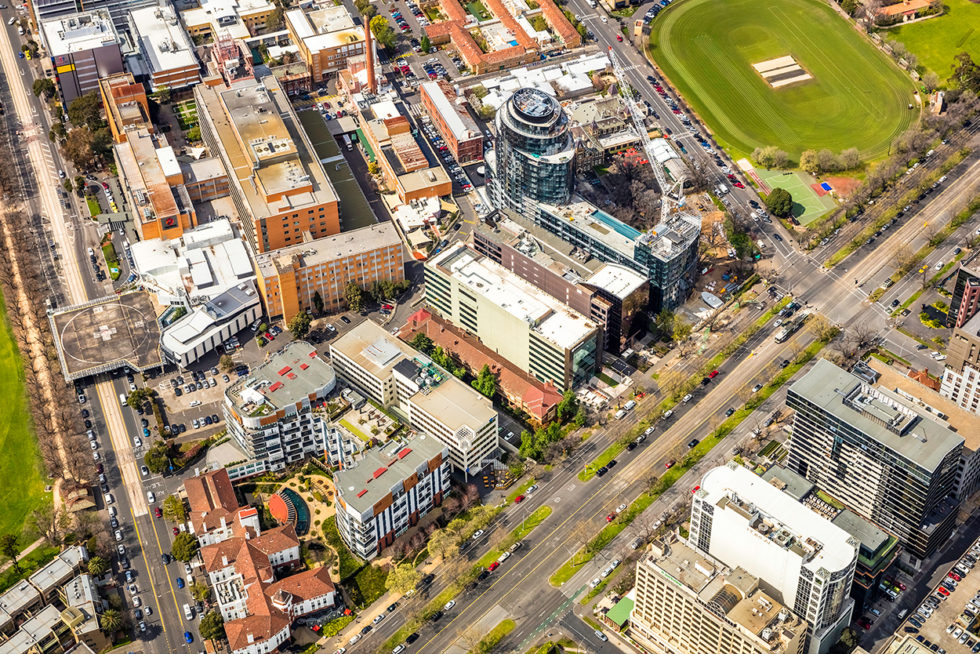 Singapore’s International Healthway Corporation has found buyers for two prime assets on Melbourne’s St Kilda Road, worth $118 million in total, after it lost the confidence of its bankers, who appointed receivers to sell the assets.

Petrol king Nick Andrianakos has emerged as the buyer of one of the properties for $70 million, while boutique fund manager Bayley Stuart is undertaking due diligence on the second at $48 million.

KordaMentha was appointed to the two properties – at 553 and 541 St Kilda Road – in dramatic circumstances in late August, at the direction of Westpac, which holds the senior debt.

The two deals, brokered by JLL’s Langton McHarg, Robert Anderson and Alex McColl, are worth a combined $118 million, well above the initial expectations of around $100 million.

The Singaporean landlord considered putting both towers on the market last year. That idea was abandoned and the two assets were to join the third, a Geelong clinic that is also in receivership, in a real estate investment trust. This year both St Kilda assets were back in play, with private investor Vantage Property and retail king Solomon Lew understood to be circling each of them.

Now with one deal completed and the second under due diligence, the properties are set to make strong returns. The larger tower sold on a yield of about 6 per cent.

The second tower, at 541 St Kilda Road, is being considered on a yield of about 6.4 per cent.

Mr Andrianakos is the founder of Milemaker Petroleum, which this month sold its retail fuel business assets in Victoria to Caltex in a $95 million deal.

The seven-storey, 10,000sqm building at 553 St Kilda Road has the US consulate. In August Monash University committed to taking around 8000sqm on a 10-year lease.