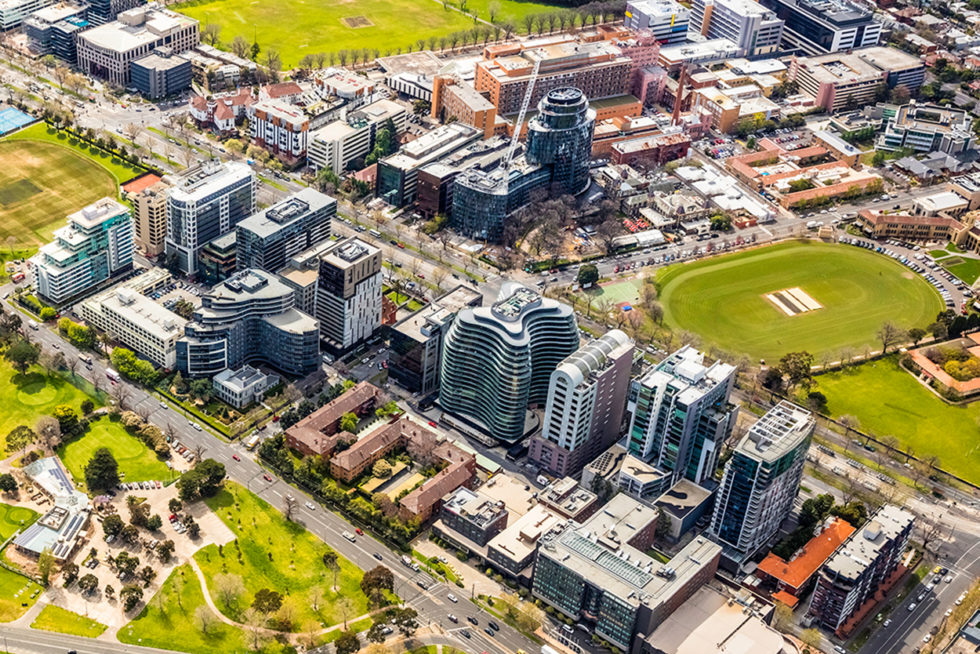 Residential conversion of office space on the St Kilda Road boulevard has led to the strip’s lowest office vacancy rate in eight years. Its office vacancy rate has dropped to 7.3 per cent, according to research by Savills, a level 38 per cent tighter than the 25-year average of 11.8 per cent. Savills associate director of office leasing Kizzy Okoukoni said: “It’s been phenomenal. The residential developers are jumping in and claiming everything they can.”

The St Kilda Road market, with 686,175 square metres of space, is Australia’s fourth-largest non-CBD office market, but it has been losing an average 1.2 per cent of space to residential developers, and the rate is accelerating.

“It’s only a matter of time before the commercial/residential property balance – currently two-thirds office to one third residential – shifts permanently to residential,” Mr. Okoukoni said.

While older buildings with some vacancy are increasingly snapped up for residential conversion, modern buildings would remain offices, Mr. Okoukoni said.

Total investment sales on the strip in the second quarter of 2016 totaled just $246 million, including AMP Capital’s $87.5 million purchase of 636 St Kilda Road and Bayley Stuart Capital’s $40 million deal on 606 St Kilda Road. Yields firmed 25 basis points in the past year to between 6.75 and 7 per cent. Strata sales are also going strong. Colliers International agents Chris Ling and Anthony Kirwan have sold four floors at 24 Albert Road, South Melbourne, fetching as much as $4,000 a square metre, 25 per cent more than the precinct’s usual values.

Colliers International’s Chris Ling said: “Two of these strata properties sold were to local owner occupiers, one of whom has taken up a whole floor of 580 square metres for $2.15 million. Levels 2 and Level 7, which are part-floors, were purchased by local private investors at yields as low as 7 per cent, which is sharp for the area. This is an indication that the CBD is heating up and investors are searching elsewhere for better value and returns.”

Colliers national leasing director Andrew Beasley said nearly all the new CBD office space completed this year was committed. “There will be no new supply in 2017 for the Melbourne CBD, which should see the vacancy rate contracting further to around 5.6 per cent,” Mr. Beasley said.

Pressure for space is triggering a reduction in incentives and a rise in average net effective rents – Premium and A Grade buildings have recorded 8.7 per cent and 6.3 per cent increases respectively. Yields are as low as 5.6 per cent for prime grade buildings and 6.9 per cent for secondary investments. Melbourne’s other main boutique office markets, East Melbourne and Southbank, also recorded very low vacancy figures in the past quarter. East Melbourne has a vacancy of 1.5 per cent – the lowest in Australia – out of only 173,961 square metres of stock.

Savills associate director of office leasing Jessica Fulton said the CBD-fringe area was popular amount boutique consultancies. “The fact that there isn’t any space available only seems to make it even more desirable and that has intensified demand,” she said.

Southbank’s vacancy rate of 4.6 per cent came in third lowest. The 404,081 square metre market across the river from the CBD offers lower parking and office rents and proximity to cafes and bars.