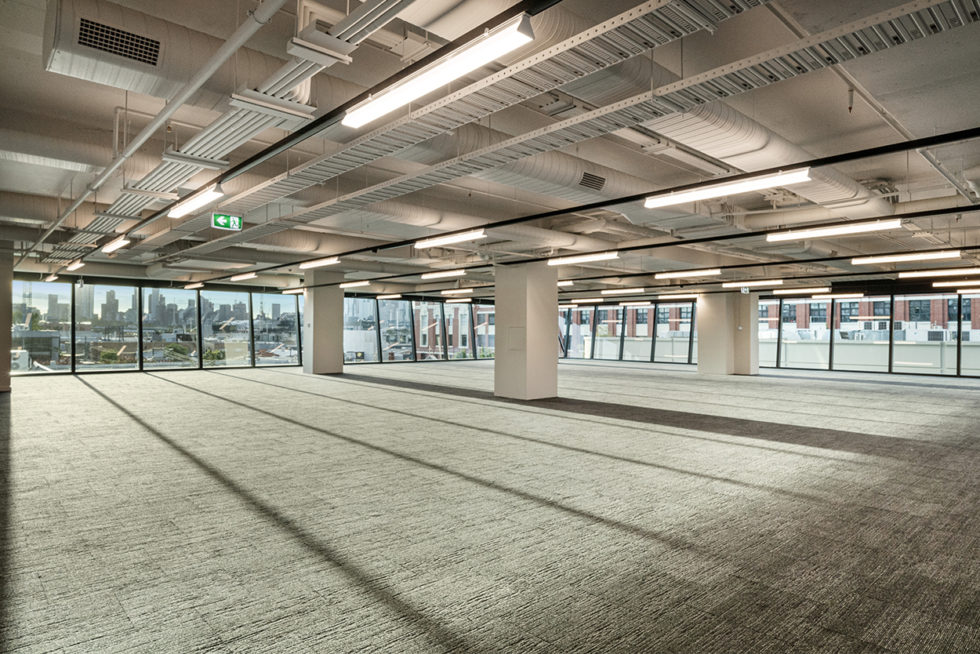 Online real estate group Domain is set to join the tech-led rush into sought after Cremorne, leasing space in a speculatively built office in the city-fringe pocket that is driving an amenity-fuelled decentralisation from Melbourne’s CBD.

Investment firm Bayley Stuart Capital is understood to be in negotiations with Domain, owned by The Age and Sydney Morning Herald’s parent company Nine, to take two floors in a new building on the grounds of the old Nuttelex factory at 600 Church Street.

If it signs, Domain will join a growing stable of ASX-listed, tech-focused companies, Seek, MYOB, REA Group and Caresales among them, who have set up flagship, large-scale offices in Cremorne’s fast-growing office market.

Domain is on track to take 2000 square metres in Bayley Stuart Capital’s building, roughly the same size as its current office at 380 City Road which it moved into in 2015.

Cremorne’s leasing rates are now close to $580 per sq m net with incentives around 20 per cent. Two years ago new buildings were leasing for $400 per sq m.

The inner-eastern suburb, once a run-down industrial zone, is now the beating heart of a warehouse led office revival in the city’s fringe suburbs. At last count, more than a dozen new projects were set to deliver 130,000 square metres of space in sweeping arc from North to Port Melbourne, spurred by rapid growth in land values and rising rents.

Tenants, confronted with record low CBD vacancies and falling incentives, are looking beyond the CBD, particularly to hip, inner-city suburbs soaked with amenity and public transport options. “We are progressing with plans to relocate our Melbourne office but have not yet finalised new arrangements,” a Domain spokesman said.

The timing of several speculative fringe office developments due to be finished in the next 18 months may work in developers’ favour, as they look to ride a wave of interest from prospective tenants. Advertising firm Dentsu’s on-again, off again search for 7000 sq m of space appears to be back on hold after negotiations over Alfasi Property’s new 510 Church Street office fell through.

The group is now likely to concentrate its search on South Melbourne where the wealthy Deague family and Hickory Group are constructing speculative offices – a $175 million building at 101 Moray Street and another $50 million office at 68 Clalrke Street, respectively.

Another media business, Ooh Media, in the market for 3000 sq m, is also zeroing-in on this location. By far the biggest tenant catch will be Wesfarmers-owned hardware chain Bunnings which is looking to consolidate staff from five different Hawthorn offices into a new building.

Car manufacturer Holden is looking for up to 15,000 sq m to house staff displaced by the sale of it’s Port Melbourne factory. It has an eye on Lindsay Fox and Max Beck’s Essendon Fields business and office park, partly because of its need to accommodate a lot of cars. Other tenants either considering decentralising out of the CBD or looking for office space include energy group Origin, online firm Afterpay, ANZ Bank, software group Orcale and mining giant BHP.

This week international real estate firm Hines spent $28.5 million on a large 2120 sq m corner site at 36-52 Wellington Street in Collingwood from which it will launch its first Australian wood constructed office project.

Local developer Peregrine Project is also hunting for tenants for it new project at 175 Burnley Street in Richmond which is set to start construction in July and be available to occupy by December 2020.

It has appointed Colliers International to lease 9340 sq m in the new, architecturally designed office over eight levels.