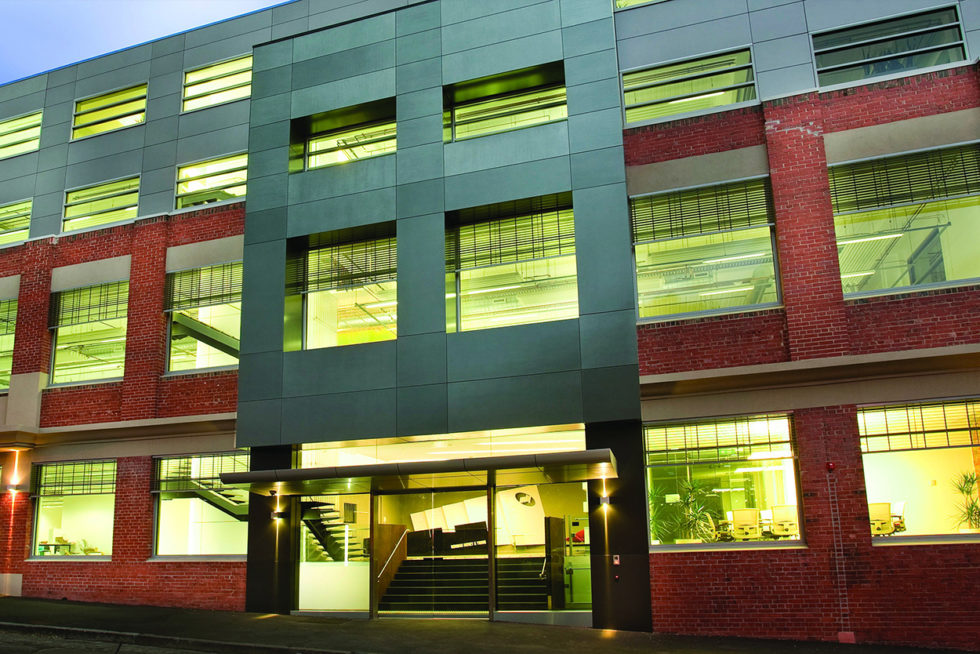 A landmark office building in West Melbourne has sold for $22.1million, reflecting the ongoing demand for well-located commercial assets with strong fundamentals in city-fringe suburbs.

“We received a very strong market response to this asset, with well over 100 parties registering their interest,” Mr Peden said.

“Many inspections with prospective buyers were conducted, culminating in many EOIs received, and the final round of the EOI process saw fierce competition between three buyers.”

The four -level corner office building, which sits on a valuable city-fringe island site zoned for mixed use, was completely rebuilt in 2009 and now boasts a 5.5-star NABERS Energy rating.  It is fully leased to two prominent tenants, Norman Disney and Young and Probuild, and generates a net rental of $1,154,006 per annum.

“The ultimate purchaser was not only drawn to the asset by solid income from the existing high-profile tenants, but also the island landholding with extraordinary future development potential,” Mr Baxter said.

“It is ideally positioned within one of Melbourne’s most active development precincts, adjacent to a 27-level tower currently under construction.”

“These strong results highlight the quality of the building and sustained appetite from investors for well-located office assets with high-quality tenants,” Mr Radisch said.

“The city-fringe office market continues to enjoy unprecedented demand from office users, which is largely due to the immense levels of stock withdrawal from the market for residential development.”